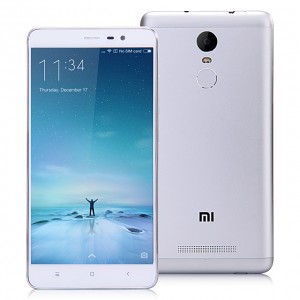 The smartphone market has been experiencing many changes, some of those changes have included the slowing of the overall pace of growth. One of the remaining growth segments of the smartphone market right now remains the mid-range which is priced around $200. These phones have traditionally been ignored by the big players in the smartphone market or at least didn’t put up their best offerings. However, with the growth of the mid-range and the chips available to OEMs, the bar for mid-range phones has started to rise. One of the places that has been experiencing the most growth in the mid-range globally has been the Indian market which is experiencing significant growth and demand for quality mid-range devices. One of the devices that is looking to satisfy the increased demand in India is the new Redmi Note 3 which now includes Qualcomm’s new Snapdragon 650 processor. We wrote a technical review of the new phone and performed benchmarks. You can download this here.

The Redmi Note 3 actually comes in two versions, with the China version having launched in November and the version for the rest of the world launching in India on March 3rd, 2016. The primary difference between these two models is that Xiaomi has swapped out the MediaTek Helios X10 for a Qualcomm Snapdragon 650. Changing SoCs is no small task, especially when you take into account that many other chips and the PCB end up changing as well. Xiaomi’s switch to the Snapdragon 650 changes the phone from an 8 core CPU to a 6 core CPU, but actually increases the CPU performance thanks to two A72 cores in the Snapdragon 650. The Snapdragon 650 also brings the Adreno 510 GPU to the new Redmi Note 3 and offers major performance and efficiency improvements over the previous model.

In addition to having a new 6-core processor, improved GPU and overall efficiency increases the Xiaomi Redmi Note 3 also comes with a 4000 mAh battery which further increases the overall battery life of the phone, giving it some impressive longevity. Xiaomi didn’t stop there either, this phone also has an aluminum unibody design as well as an integrated fingerprint sensor for biometric security and ease of use. All of these features fit into a 5.5” sized phone with a 1080P display, which isn’t considered the highest resolution available, but this phone also isn’t a high-end phone which could be deceiving when you see all the other features of this phone.

Based on our SoC testing where we tested many components of the SoC, we were able to determine that the Snapdragon 650 is one of the most efficient and highest performing processors in this class of devices. Xiaomi has provided significant value with the Redmi Note 3 with the Snapdragon 650 inside and has significantly raised the performance and battery life bar with our testing results. Many of the battery life and performance figures were astonishing to us as they surpassed our expectations significantly. Xiaomi really has a winner with the Redmi Note 3 and they are doing a great job of launching it in India first, a market where the demand for such devices is extremely high and a place where performance and battery life are extremely important.

If you would like to see the results of our testing and the figures that supported our conclusions about the Redmi Note 3 download the full paper here.