Home » Personal Computing » The Samsung Note7 Recall Was Handled Pretty Well So Far, All Things Considered, But Not Perfect

22 Sep The Samsung Note7 Recall Was Handled Pretty Well So Far, All Things Considered, But Not Perfect

Samsung Electronics recently issued a voluntary recall on their newly released Galaxy Note7 devices, saying the battery cells of the device have the potential to overheat and pose a safety risk. Obviously, any recall is a serious matter and doesn’t ever look good for the company in question. However, I think Samsung has handled the situation pretty well, all things considered, even though the response wasn’t perfect. I want to explain that position here and it’s important that you read the complete analysis before arriving at a conclusion.

When looking at recalls, it’s important first to get all the facts and understand the timeline of events. It’s a lot of information, but it’s worth going through it to get the full picture. Here’s how it played out, sequentially: 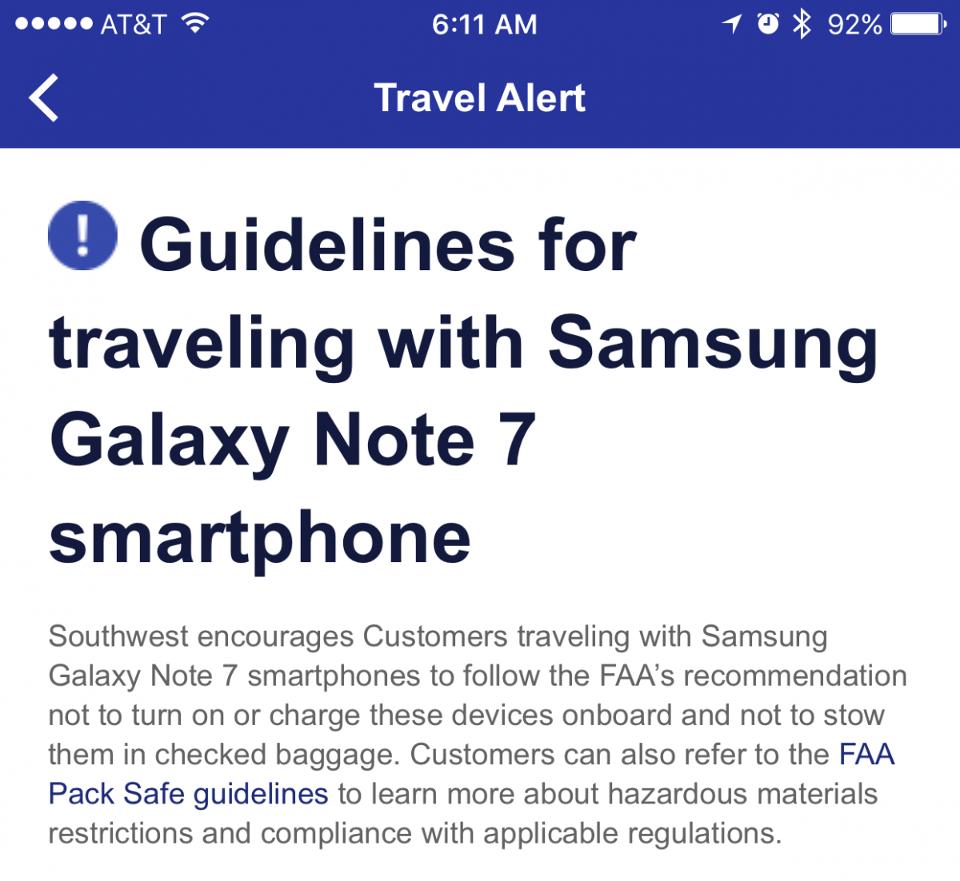 Interestingly enough, Verizon Communications appeared to be the least vocal carrier on the recall based on at least what I could find.

As you can see, there are many different moving parts to the story. Since Samsung doesn’t have their own stores in the U.S. (like they have in other countries with 29,000 points of sale), they’re having to work through the carriers—making things inherently more challenging.

Making the best of a bad situation

I don’t want appear to downplay how serious this recall is. It is.  What makes this situation so unique is that it’s a smartphone. Smartphones are so close and personal, in the sense that we wear it on our body, put them up to our heads, and even sleep next to them. This understandably compounds the reaction.

But with all the understandable grief put on Samsung, while not perfect, I believe Samsung did do the right thing and focused on customer safety – they have been ultra-cautious for the customer. They’ve followed CPSC regulations, even uniquely offering an exchange program in advance of CPSC announcing the official recall. I believe Their preemptive strategy helped Samsung avoid the sticky situation of nearly twice as many Note7 devices being in customers’ hands, but had an opposite effect in that people questioned why they didn’t work through the CPSC. Samsung told me they were actually working with the CPSC but couldn’t talk about it “because those conversations are confidential”.

If Samsung hadn’t offered an exchange program on the 2nd, they would undoubtedly have been criticized for allowing more at-risk devices to be sold. Playing armchair quarterback, I would have preferred Samsung to have issued their “power down” directive on the 2nd instead of the 9th—but I can only speculate that it probably took a week for Samsung to fully characterize the severity of the problem. If I were them, I would also have told the public when exactly the CSPC was informed of the issue, but again, apparently those conversations are confidential and couldn’t tell that to Consumer Reports. I also need to say that I cannot validate or verify why those conversations need to be confidential.

For some background, recall completion rates are generally lower than you might expect. The auto industry, in which people are used to bringing in products for checkups, has one of the higher completion rates at 48%. Electronics are significantly lower and I have heard that a 30% return is good. Since Samsung got out ahead of the official recall, they’ve already been successful by reaching the 15% mark—though without context that number may sound small.

Samsung not the first big company to issue a recall

It’s important to keep this all in perspective—while recalls are certainly a serious matter, they happen a whole lot in electronics. And we’re talking with big brands here, not just fly-by-night companies with shoddy reputations. I’m not going to name any specific companies in this column, but you can see there are a lot of electronics recalls:

There’s overlap in these lists, but you get the picture. While it admittedly sounds a little cavalier to say “these things happen,” the truth of the matter is they kind of do—even from big name companies with big brands and the overhead to have massive supply chain and quality organizations. Note, too, that most of these recalls involve power, power cords or batteries. I worked in product management, product marketing and product strategy over 20 years and it’s an unfortunate reality that power is a tough thing.

While a serious recall such as this won’t necessarily ruin a company’s reputation, poor handling of it certainly could. In the end, this is what Samsung will be measured on. While there’s a few things I might have done differently, Samsung has more-or-less done all the right things they need to do to mitigate the situation, look out for consumers and minimize fallout. They were wisely preemptive in establishing their exchange program, and by getting the jump on it, have demonstrated a pretty clear commitment to customer safety. We’ll see what happens next, and how many phones end up being exchanged when all is said and done, but I think Samsung has handled this pretty well so far.  I’m looking forward to getting my replacement unit the week of the 21st as it really is a good smartphone.

Posted by Patrick Moorhead in Personal Computing, Smartphone, Tablet , Followed with Comments Off on The Samsung Note7 Recall Was Handled Pretty Well So Far, All Things Considered, But Not Perfect