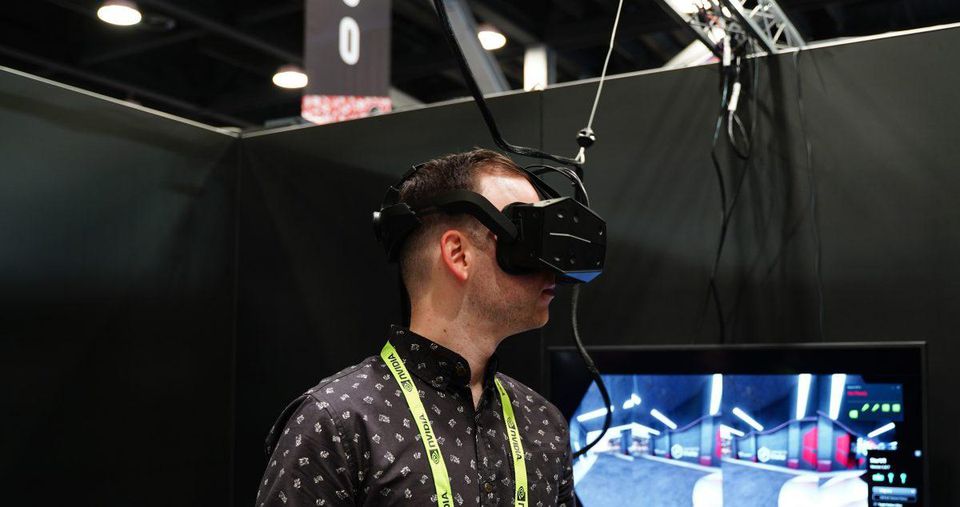 Trying out the new StarVR One headset.     ANSHEL SAG

StarVR has been working aggressively to bring a new version of its headset to market, and this week it announced the fruits of its labor: the StarVR One. I attended the StarVR briefing where the company announced the new headset, and spent significant time using it at SIGGRAPH 2018. I have learned a lot about the StarVR headset—what it is capable of, and where it can go from here. This article is by no means an exhaustive review of the headset; I would need one for much longer than a couple of days to make a full evaluation. Today I wanted to share what I’ve gleaned from my time at SIGGRAPH 2018 with the StarVR One headset.

The big selling point for StarVR in the past has been its field of view (FoV). At 170 degrees, the original StarVR headset had a much wider field of view than the competition (Vive and Rift both sport roughly 110 degrees). Now the company has taken the new StarVR One to new heights, offering a 210-degree field of view—something that honestly seemed impossible before. While StarVR’s original headset compromised on resolution and visual fidelity for the sake of having FoV, that does not seem to be the case here. StarVR has created custom displays and lenses that are designed to work optimally with one another, and the result is impressively sharp 210-degree FoV with virtually no screen door effect. StarVR claims a resolution of 16 million sub-pixels, which puts the resolution just a little above 5K. StarVR’s 90 Hz AMOLED display is plenty bright, colorful, and responsive, and looks like a VR headset should. There is no noticeable screen door effect, which plagued many of the first-generation headsets. 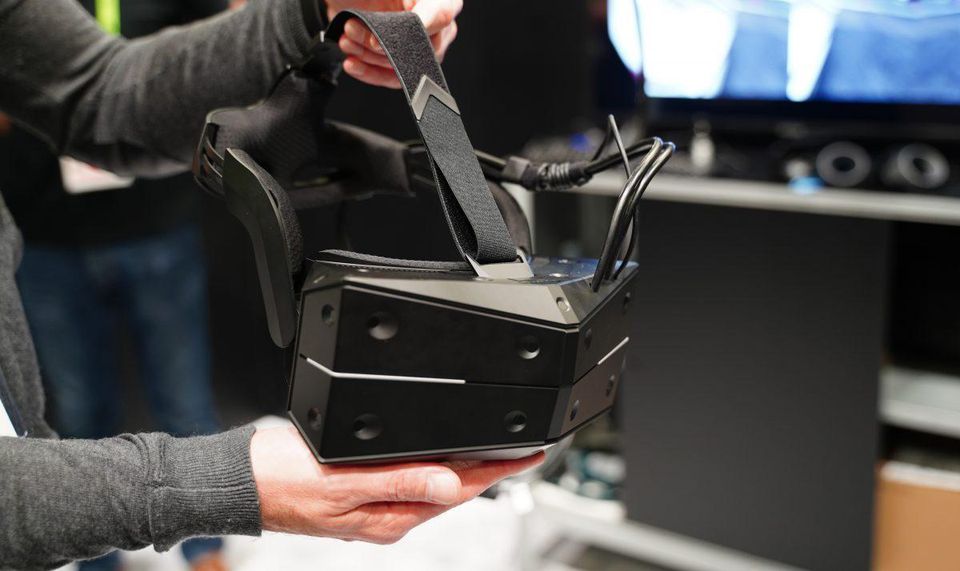 The StarVR Headset before putting it on.      ANSHEL SAG

One of the other major features that sets the StarVR One headset apart from others is the integration of Tobii’s eye-tracking technology. There are many benefits to having eye-tracking, as I’ve written in my paper on the topic, but there were three key reasons that StarVR opted to implement it on the StarVR One. The first key feature is the ability to do ‘auto-IPD,’ the automatic calibration of the headset to be optimal for a person’s interpupillary distance (IPD). By adjusting the display in front of people’s eyes as precisely as possible, Auto-IPD guarantees the best possible image quality every time someone puts the headset on. Secondly, after the headset configures itself with auto-IPD, eye-tracking allows for foveated rendering in some applications. The game engine and developer must enable eye-tracking to benefit from foveated rendering, but it allows the application to only render graphics at a full resolution where the eye of the user is looking. This technique can save on power and bandwidth and allow for higher resolutions on less powerful GPUs. Lastly, eye-tracking allows the developer to see exactly where someone’s attention is, instead of guessing based on the head position of the headset (commonly known as ‘gaze’). This has many applications, including better user experience as well as highly targeted advertising.

You can tell that StarVR spent a considerable amount of time working with their partners to develop this headset—the attention to detail and features is impressive. There are two models of the StarVR One headset: the StarVR One and the StarVR One XT. The regular StarVR One uses Valve’s new SteamVR 2.0 tracking system with its new controllers and lighthouses, while the XT version is designed to work in location-based, warehouse-scale VR deployments. At SIGGRAPH 2018, StarVR showcased multiple enterprise partners using the StarVR headset with their applications, including AutoDesk, Zerolight, Unreal Engine, and more. The StarVR headset was a popular attraction at numerous partner booths, including WorldViz and Intel, and many people I spoke to said they came away impressed. StarVR is clearly committed to the enterprise and enabling enterprise applications first and foremost.

My experience, while short, with the StarVR One was mostly positive. I thought the display was bright and looked good, and the 210-degree wide FoV was great. StarVR also increased the vertical FoV to 130, improving immersion. Combine all of that with RGB AMOLEDs and eye-tracking, and you have a very high-end enterprise solution (albeit one that does not have price sensitivity in mind). StarVR has built a headset that is designed to usher in the next age of high-end VR headsets, and I believe it’s done a pretty good job. Currently, there is no disclosed price or availability for the StarVR headset, but I expect it will cost north of $2,000 and be geared towards prosumer and enterprise users who don’t care about price. I believe that StarVR is holding off on announcing pricing and availability while it tries to get a feel for the market from potential partners and customers. The company says it will be a few more weeks until we get concrete pricing and availability.

Long term, I believe that StarVR is positioning itself as a credible player in the space. This is a serious offering, that I believe can compete with the bigger companies already on the scene. Nobody has anything remotely close to what StarVR has shown to the public, and I believe the company will carve itself out a niche for wide-FoV. The StarVR One is a major improvement over StarVR’s first headset. There’s still room for improvement in the area of eye-tracking and foveated rendering, but I trust that those will be worked out in time. Nice work, StarVR.

Posted by Anshel Sag in AR/VR, Personal Computing , Followed with Comments Off on StarVR One Takes VR To New Heights At SIGGRAPH 2018