08 Feb Snap’s Spectacles: How To Do One Thing Well 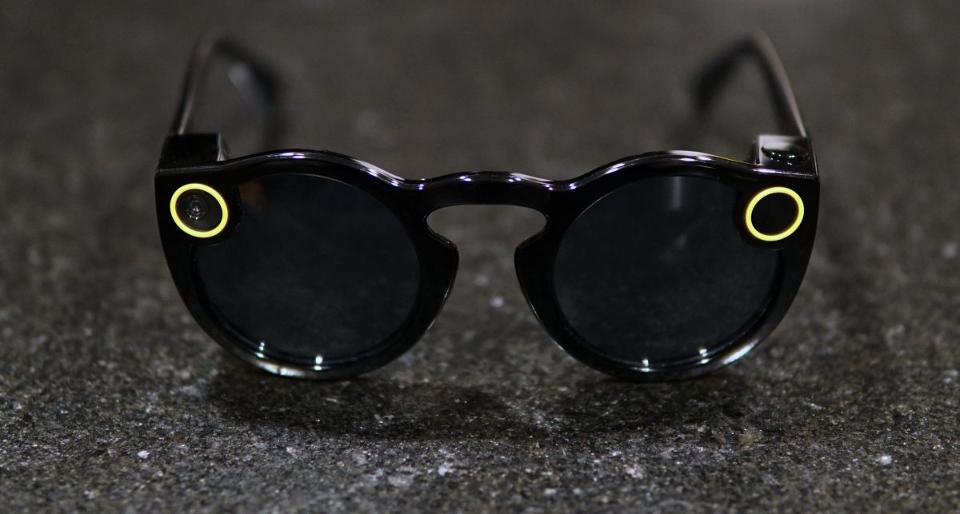 Snap recently released information about their upcoming IPO, and one of the big parts of that IPO has been about the company’s hardware ambitions. Before Snap launched the Spectacles, they were essentially a one trick pony with a very popular app called Snapchat. The company has since changed their focus and are now about hardware and software, which makes their business riskier but also lends more credibility and longevity to the company. Snapchat used to be what Snap was all about, but they had to restructure and rename the company since it has become more than just an app. Snap’s unique method of distributing Spectacles is via ‘bots’: vending machines that are periodically dropped in random places and also permanently reside in Manhattan.

Spectacles themselves are Snap’s first hardware product and an insight into how to think about wearables and the future of apps, hardware and platforms. Snap’s spectacles are a simple product whose only purpose on earth is to produce lifelike first person video that allows users who watch the content feel like thy are there without needing a headset of any type. After all, immersion comes in many forms, and someone as into VR as me still sees a great level of immersion with Spectacles.

The design of the Snap Spectacles is like a regular pair of sunglasses. That was likely the primary objective with Spectacles other than making them simple and easy-to-use. Spectacles serve one purpose and one purpose only, and that’s to record hands-free video from the user’s perspective as their eyes see the world. While I don’t think Snap have completely reached their goal, the Spectacles do their best with current technology without appearing or being unwieldy or being too costly.

The brilliance of the Snap Spectacles is that the company got all the little details right. For example, the Spectacles are charged using their carrying case which has been done before, but the case holds four full charges so that users can continue to be on the go without needing to actually plug the Spectacles into power. Additionally, the way that Spectacles charge is brilliant: if you naturally fold the glasses to place them in the case you expose the magnetic charging pins hidden inside of the frame. Because the charging is magnetic, the glasses also stay in place and don’t wobble as well as get a solid contact for charging. 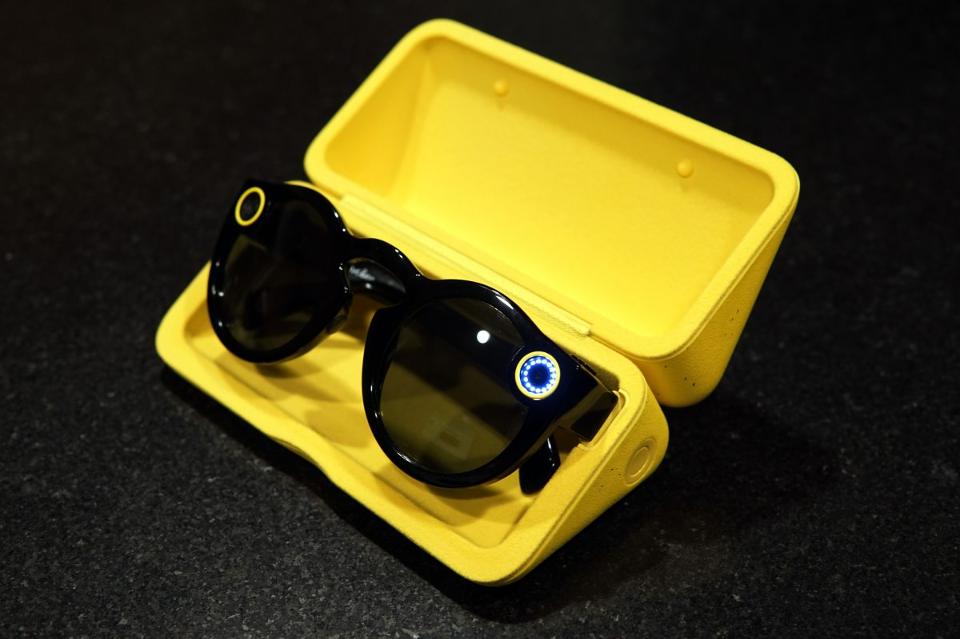 Snap was deliberate not making Spectacles look like spy glasses. They intentionally put yellow circles around the camera and LED indicators that move in a circular pattern when recording. They want people to know when you are recording and have some understanding of whether or not they’re being recorded, something Google Glass got wrong. Snap also invented a new circular video format that records Spectacles videos in a wide angle. It records in a way that any user on any phone can easily view the footage in the orientation they want to. This creates both an interactive viewing experience and allows the wearer to capture more of what’s going on without needing to think about it.

By limiting the video clip length to 10 second clips (can be extended to 30 seconds) Snap has also solved multiple problems. They don’t really have to worry about someone going into a movie theater and recording the entire movie on their spectacles. By limiting the Spectacles to 10 second-ish clips that also means that the battery size and memory size don’t need to be too big, which uses less precious real estate inside of the glasses. From my experience, I could get anywhere between 20 and 25 different 10-second snaps which yielded 50% and 40% battery respectively. Based on these usage numbers, I estimate the battery life to be anywhere between 30 and 40 snaps before the glasses are out of power.

One thing that I liked about the Spectacles experience is that on iOS you are always tethered on Bluetooth and can download low-resolution clips for preview and then can download HD versions later over Wi-Fi. Speaking of Wi-Fi, the spectacles also have their own Wi-Fi network which is only turned on when the Snapchat app requests it to turn on for HD video download. I also like that Snap were aware that people are going to want to share these clips outside of Snapchat even if they primarily use Snapchat. They enabled very easy and simple sharing to other social media platforms, albeit in shrunken circular versions of the video that somewhat suggest that a more premium version of this content exists on Snapchat.

While I wouldn’t go as far as saying that Spectacles are augmented reality (AR) glasses, they are an interesting wearable technology that has been executed well. They show best practices in AR when thinking about head-mounted cameras and their social implications. Spectacles were the best designed product I encountered of 2016, and it will be hard to compete with that bar of good design and engineering. I hope they eventually distribute these to a broader audience and help inform others’ wearable design decisions in an equally positive manner. Maybe we could really see a pair of AR glasses from Snap now that they’ve made Spectacles. Perhaps this is just a trial, but it’s a good first try.

Posted by Anshel Sag in Human Computer Interface, Personal Computing , Followed with Comments Off on Snap’s Spectacles: How To Do One Thing Well