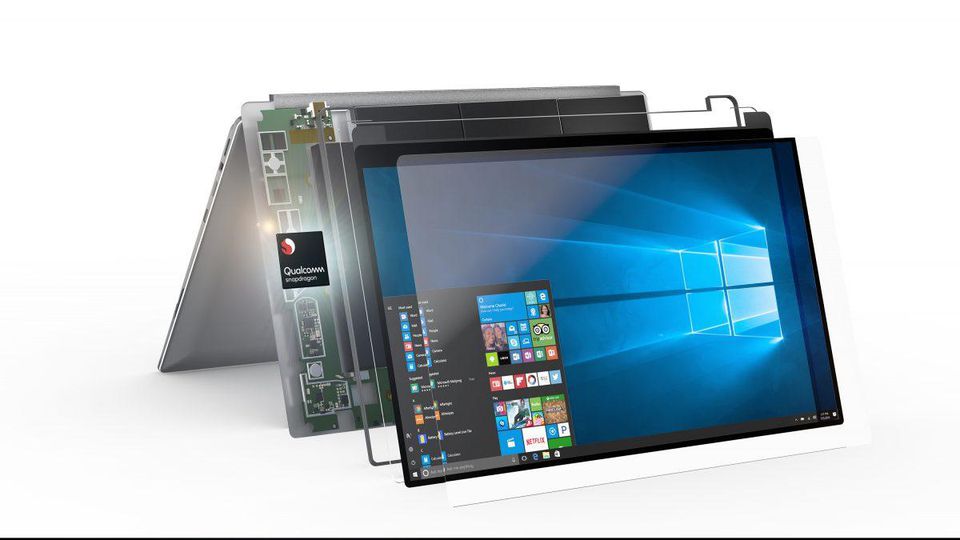 Notebooks that are connected wirelessly to the internet with great battery life have been a bit of a Kobayashi Maru for PC OEMs, carriers, and chipmakers for the last decade.  Much investment has gone in with very little to show for it.  Carrier plans were too rigid and onerous, sign-up was difficult, roaming was expensive and slow, and the PC platform including the OS (operating system) just wasn’t optimal for the use case. What many end-user sub-segments want is the performance, capability, and flexibility of the PC with the battery life, connectivity, and consistency of the smartphone. Always Connected PCs promise just that.

A lot has changed and improved in the last decade to make this high bar come true, including advances in modem and network speeds, lower-power SoCs, Windows 10 and a carrier realization that smartphones have peaked in volumes and they need more revenue. The latest crop of Microsoft Windows 10-based Always Connected PC devices with silicon from both Intel and Qualcomm are the best chance yet to hit a home run category. I would like to cover today’s Qualcomm announcement where the company announced support from 13 carriers and 12 retailers across for its flavor of Connected PC. Net-net this is a very good sign for Qualcomm’s Always Connected PC program.

First, Qualcomm announced that thirteen carriers headquartered in nine countries would be supporting Qualcomm’s Connected PC platforms with their 4G LTE services. These Connected PCs are ones previously announced by ASUS with the NovaGo and the HP Inc. ENVY x2 at Qualcomm’s December Tech Summit event and Lenovo announced the Miix 630 2-in-1 at CES 2018.  I have used both the HP and ASUS beta hardware, but not Lenovo.

Specifically, Qualcomm announced support from China Mobile and China Telecom (China HQ), Transatel (France HQ), Deutsche Telekom (Germany HQ), Cubic (Ireland HQ), Telefónica (Spain HQ), Swisscom (Switzerland HQ), T-Mobile, AT&T, Sprint, Verizon (U.S. HQ), TIM (Italy HQ), and EE (U.K. HQ). These carriers represent some of the leaders in their countries, and many of these carriers cover more than one country. The number of carriers and countries they cover is impressive. At this early of a stage, the Always Connected PC program does not need every carrier in every country for the category to be successful. Focus is good.

The two, crucial remaining pieces of the Always Connected PC puzzle related to carriers are the wireless plan terms and conditions and the plans and the device sign-up experience. For the greatest chance of success, I would like to see plans like what is available on an Apple iPad where the user selects from a list of carriers as part of the setup and then selects the plan using their credit card. Adding an iPad to a current service in the U.S. can be as low as $10 per month, takes about five minutes, without requiring a trip to the store. I am also hoping carriers do not junk up the systems with bloatware few users appreciate. Qualcomm says plan info should be available from carriers in “1H 2018”.

From a retail POV, this is a “who’s-who” list except for the lack of Best Buy. Best Buy is likely in the middle of maximizing their MDF by negotiating a better deal with Qualcomm and Microsoft or have already done that with Intel on their Always Connected PCs. Given Microsoft’s investment in Best Buy marketing, I would predict the retailer at some point will carry Qualcomm’s flavor of Always Connected PC. In the short run, I am sure Qualcomm is working on other plans to get Always Connected PCs in the hands of a broad range of consumers via brick and mortar retail. These options could encompass carrier stores, mall pop-ups and road shows.

All in all, it is nice to see the progress on the Qualcomm Always Connected PC OEM side from HP Inc., Lenovo, and ASUS and now with these new announcements from Qualcomm and Microsoft, the carriers, and retailers. These new announcements check off two of the boxes I thought were critical to success for Always Connected PCs which I wrote about here. Specifically, I said getting the OEMs, retailers, and carriers aligned is paramount to a successful launch. This may be a grasp of the obvious, but this does not always happen and should never be taken for granted. It’s too bad Best Buy is being such a laggard, but hopefully, we will see some flavor of connected PC from the company at some point. Best Buy has a U.S. monopoly on big-box retail consumer electronics and the company is showing their true colors. I still have some questions on the Always Connected PC user experience and target marketing, but this retail and carrier news from Qualcomm and Microsoft is all very positive. While I have used some pre-production models, I am looking forward to using production hardware and software.

Posted by Patrick Moorhead in Personal Computing , Followed with Comments Off on Qualcomm Signs Up 13 Carriers And 12 Retailers To Its Always Connected PC Platform