02 May OpenStack Grows Up: Observations From The OpenStack Summit 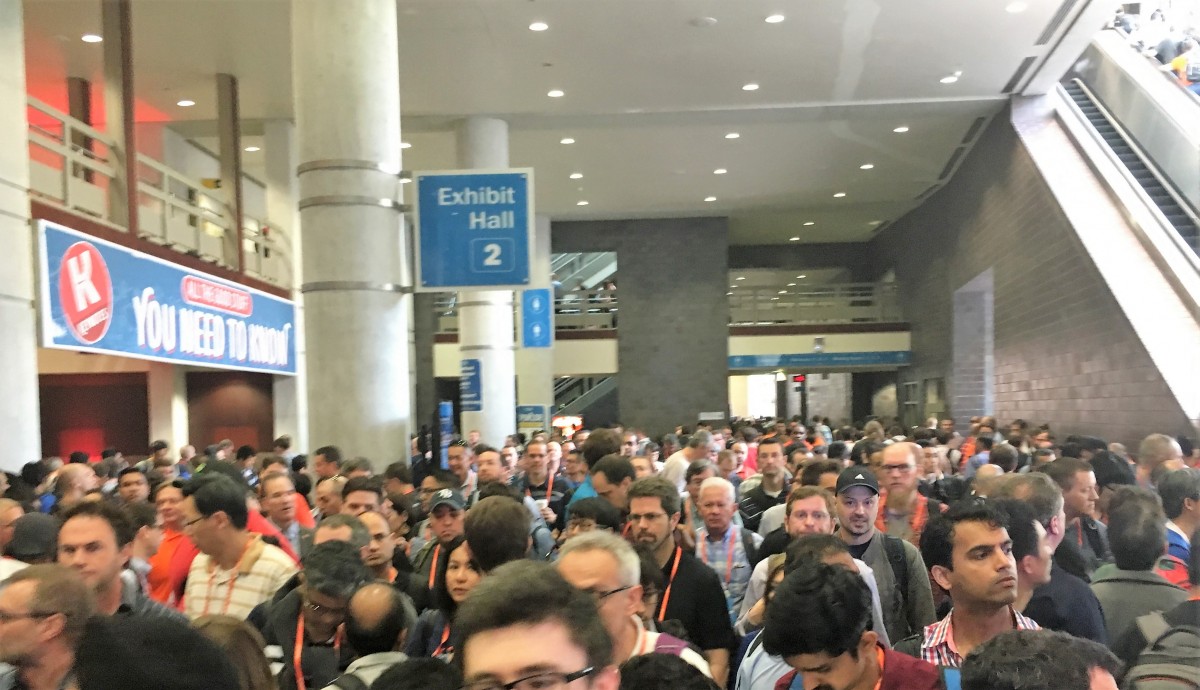 They came, they saw, they conquered. Six years ago it was 75 attendees and a bunch of servers in a pickup truck (this is Texas after all). This year, 7,500 descended on my adopted city to revel in the fact that OpenStack is finally growing up. For those of you not in the know, OpenStack is an open source alternative to public cloud offerings like Amazon Web Services (AWS) or hosted virtualization from VMware. OpenStack supporters view it as a way to get the agility of AWS without having to move your applications (and more importantly your data) outside of a datacenter that you own and control. Judging from the event this week, the momentum is definitely on OpenStack’s side, and we’ll be hearing more about this in the future. Not only from the tech world, but soon from the business people as well. You’ve been asking for OpenStack for years, you just didn’t realize it. Follow along and you’ll see.

My colleague, Gina Longoria, published a paper that says OpenStack is now ready for the broader enterprise, a point we heard emphasized all week from both vendors and customers. I’d like to pile on those sentiments with a few things I observed by spending all week in the OpenStack world.

There is a “key” in keynote

The opening keynote drove much controversy, not by what was said, but by who was saying it. The analyst firm that kicked off the event was on record last year saying that OpenStack was simply a “science project” and as recently as a week before the event was still trying to downplay its significance. Overwhelmingly we heard attendees taking them to task for their comments. This was a lost opportunity as a chance to legitimately say that in the past x, y and z were reasons that OpenStack was not ready for production but that enough obstacles have been overcome for companies to consider it now. This opportunity was lost as other keynotes from companies like SAP and Volkswagen were talking about how they were using OpenStack today to solve their real-world business needs.

The big systems names were all there

Walking through the vendor displays may make some believe that they were at a much larger show. Dell, Cisco Systems, EMC, Hewlett Packard Enterprise, IBM, Intel, Juniper Networks and a host of other blue chip names were there, in force, to tell the world about OpenStack. They were not there out of some altruistic need, they were there to make money, and they see OpenStack as the next big opportunity.

Networking is still a gap

Perhaps I’m biased as I spend my life in the network world, but mention neutron, OpenStack’s networking component and people groan. Not that it is bad, just that it is not scaling. I had conversations with companies like Big Switch and Midokura that are finding a great opportunity in being an alternative to Neutron. Functionally, the OpenStack project has addressed so many things in such a short period, but the area where they still remain most bottlenecked is networking. Look for alternatives here as the opportunity is just too large for businesses to ignore.

We still have a skills gap

The OpenStack Foundation talked about a certification program and the fact that they were hoping to get 4,000 certified administrators. This glass is half empty or half full depending on where you sit. Many customers bemoaned the fact that there was not enough experience in the market to help them deploy OpenStack. If you are a vendor selling a hosted OpenStack cloud like Rackspace, then this is music to your ears. But, if you are a customer the better question to ask yourself is: what have you been doing in the last few years to train your people? Are you developing your own staff?

Blended business models are not what customers want from vendors

We spoke to several companies with products that were either “black boxes” that enable OpenStack or that enable OpenStack on your own hardware (that in either case they will then manage for you). Don’t get me wrong, any enablement is good, but let’s be real for a second. There are two primary cloud approaches: 1. public cloud (like AWS) where someone else owns and manages the infrastructure and you merely pay for a metered compute service (all opex, no capex), or 2. hosting a private cloud (with OpenStack) so that you can fully control all of your own applications and data (but pay for the hardware). Call me crazy, but I just don’t see the market for a “tweener” product. Is the value proposition “It’s just like AWS but with all of the capex” or “It’s just like OpenStack, but you’re limited in what you can do with it”? Either way, this is a big hill for pushing that rock.

OpenStack gives you more agility and flexibility to deploy faster and react in an agile manner when you see opportunity. That is what business people have been asking for, and OpenStack is one of the ways that IT can help deliver it to businesses. When customers talk about taking deployment from months to days, OpenStack is one of the ways that they are doing this. It may not be right for everyone, but it may be a way for your company to better react to events on the ground and address them quickly. It is worth the investigation.

While not for everyone, it does have a significant place in the market, and we’ll continue to hear a lot about it because, as we saw last week, it is ready for prime time.