Cloud datacenter and high performance computing hardware has been growing in double digits, but enterprise hardware has been in a rough patch for the last few years driven by the shift of certain workloads to the cloud. For IBM, based on their recent Q4 results, it looks like good news for their POWER Systems. With 4 quarters of hardware growth for the first time since 2011, it appears as though the company could be experiencing a real-life comeback story driven by POWER hardware. Long considered outdated legacy machines, I believe IBM is pointing towards the future in the public cloud, hybrid cloud, high-performance computing while supporting their traditional enterprise clients. And for the first time in a long time, the hardware future looks good. I want to spend some time talking POWER. 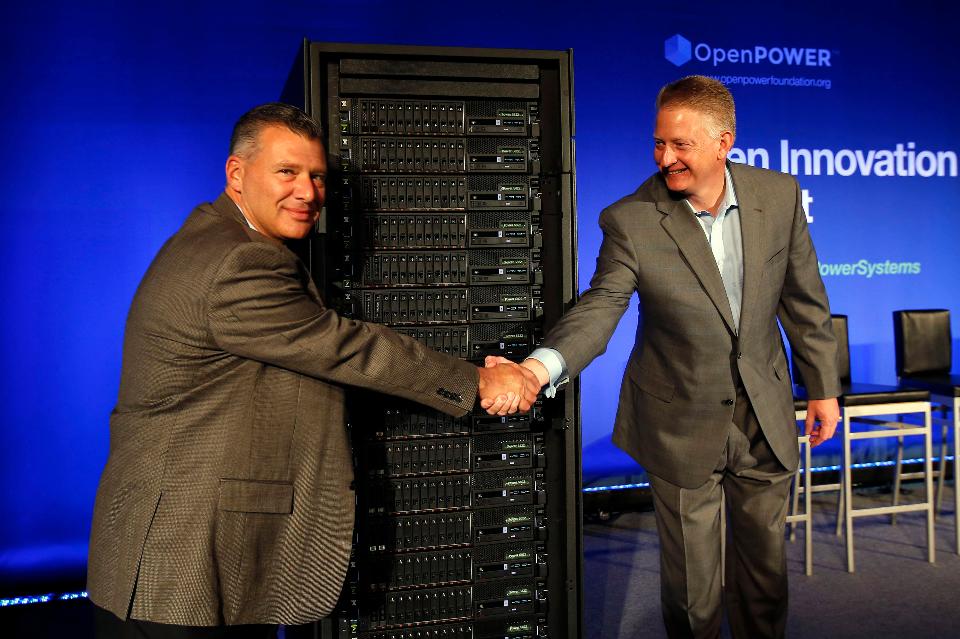 2015 was a pivotal year in IBM’s POWER transformation. For total IBM Systems, which includes z Systems, Power and storage, revenue was up 8% for the year, with profit up about $600 million. Power revenue was up for every quarter of 2015, with 8% revenue growth (in constant currency) in Q4. It appears IBM’s long-term strategy is beginning to pay off and in part due to a POWER transformation.

How exactly has IBM begun to turn things around in a down period for enterprise hardware? There are several contributors. First, continuing their longtime partnership with SAP, IBM Power Systems is now fully supported for SAP HANA. The whole POWER8 portfolio can be used and multiple production HANA VMs can be deployed on a single system, allowing for maximum flexibility of choosing the server that best fits for the client.

With over 100 clients in less than 6 months, IBM says it is their fastest growing platform. As more and more customers move from traditional SAP to SAP HANA, IBM is providing these enterprises with competitively priced POWER8 systems to leverage the same infrastructure that they trusted for SAP as they embark in the transition to HANA.

“IBM’s POWER architecture has always been optimized for a ton of high-speed memory and threads, something in-memory databases love.”

IBM POWER Systems have also become the first platform available for multiple virtualized production environments running SAP HANA—giving enterprises the exclusive ability to run up to four virtual machines containing production HANA databases concurrently. For enterprises looking for an alternative to Oracle 12C, POWER could be an answer and when it comes to SAP HANA applications, POWER really shines.

Another “do different” was the introduction of IBM’s POWER Systems LC line of servers, which I see as IBM’s answer to easy-to-buy Intel-based servers. These systems are the very first IBM POWER servers available online for purchase, specifically for customers with cloud and cluster deployments. The “Click to Buy” option is vastly different than the traditional acquisition method, and significantly eases the deployment process.

Developed with the help of the OpenPOWER Foundation—more on them later—the LC Servers bring the performance of POWER CPUs to the Linux community. This is particularly beneficial in the areas of data analytics, cloud, and high performance computing workloads—for example, IBM is touting that the POWER Systems LC completes an average of select Apache Spark workloads for less than half the cost of its Intel-based counterpart. In addition, IBM is stressing that the design of the server allows for 94% more Spark social media workloads in the same rack space as the comparable Intel-based option. I haven’t personally run or overseen these benchmarks or TCO calculations, but my team is eager to dive in.

Performance and efficiency aside, POWER Systems LC servers start at $6,500, making it one of the more affordable “big core” options on the market. The LC line is attracting some high profile clients. Allegiant Air, a leading low-cost American airline uses POWER Systems LC to identify trends such as price sensitivity. By adjusting quickly and providing immediate promotional offers to their customers, Allegiant says they’re able to turn raw data into profit.

The overarching theme of these innovations has been IBM’s shift away from proprietary towards a more open architecture. Integral to this shift has been the momentum of the previously mentioned OpenPOWER Foundation ecosystem. At launch, while I totally bought into CAPI (Coherence Accelerated Processor Interface) and POWER on IBM software, I was initially skeptical on open software and public clouds on POWER based upon what I saw at launch.

While the OpenPOWER Foundation has been around for less than three years, it has already made an undeniable impact on the industry. With more than 185 members worldwide, the OpenPOWER Foundation builds solutions on top of the architecture of IBM’s POWER processor in more open and collaborative way. And for me, most importantly, this isn’t just about IBM software. I wrote a two-year update here.

Already this OpenPOWER collaboration has led to big supercomputer contracts in the U.S. with the DoE Labs building the CORAL supercomputers, the U.K. government working on cognitive workloads with OpenPower and IBM Watson, the French GENCI research collaboration around OpenPOWER for HPC.

China has a lot to do with OpenPOWER’s overall rise and I give IBM a lot of strategic credit. China for years has been trying to own their “own processor”, which they believe provides the security and lower prices they desire. To be frank, historically, all of those prior efforts have resulted in failures for one reason or another. I know, I was in the processor business for over a decade. One of the biggest reasons was their inability to architect and produce processors with big CPU cores and big memory access at reasonable prices. With POWER, you get a licensed big core architecture with big memory access out of the box.

In fall of 2014, the Chinese government formed the China POWER Technology Alliance (CPTA). This public-private alliance has set out to upgrade the country’s industrial structure through the integration of Chinese local and OpenPOWER ecosystem resources, all under the guidance of the Chinese government. Leveraging cloud computing and big data, this partnership wants to produce the world’s top technology across the fields of energy, transportation, internet and Smarter City initiatives.

An example of this innovation is CP1, the first POWER chip for the China market, designed by PowerCore (a Chinese chip design company). CP1 is used by a new line of servers known as RedPOWER—the first China OpenPOWER two-socket system. It will be fascinating to see what else this partnership yields as non-X86 servers in China have never been successful. The competition isn’t standing still. Both Intel, who owns nearly 100% of the China server market just created a China alliance, and Qualcomm who just struck a China JV, are making major pushes in China to meet China’s security and performance needs. If you are paying attention anything in servers and server chips, pay attention here.

We could be witnessing the beginning of a comeback story in hardware, led by IBM’s efforts in POWER and the creation and support of OpenPOWER. While one financial quarter doesn’t say much, IBM has strung together four quarters of POWER hardware growth. IBM really has a franchise with SAP HANA, has begun to reach lower price points with its LC line, and has all the clay sitting on the table to drive double-digit growth if they get sales traction in China and with Google.

Time will tell, but things are looking much better for IBM than they were five years ago.

Posted by Patrick Moorhead in Datacenter, Server , Followed with Comments Off on IBM’s Q4 POWER Numbers Portend To A Potential Comeback Story