Home » Connected Home » Home Wi-Fi Is Broken, But Enterprise Technology Can Fix It

30 Nov Home Wi-Fi Is Broken, But Enterprise Technology Can Fix It

About once a week my wife utters those four special words to me: “Is the Internet broken?” What she means by this is that she is having a problem connecting to the Wi-Fi, mostly because she has been moving around the house with her devices. Years ago, families sat around the radio together in one room for entertainment but today’s families are more likely to be entertaining themselves throughout the house, streaming video, playing games or just browsing—all in different rooms. The Internet of Things (IoT) further complicates matters with thermostats, TVs, locks, lights, game consoles, sprinklers and home cameras strewn throughout the house. As the holiday season approaches and new Wi-Fi products will hit the shopping carts of millions, it is time to take a serious look at how Wi-Fi is being deployed in the home. 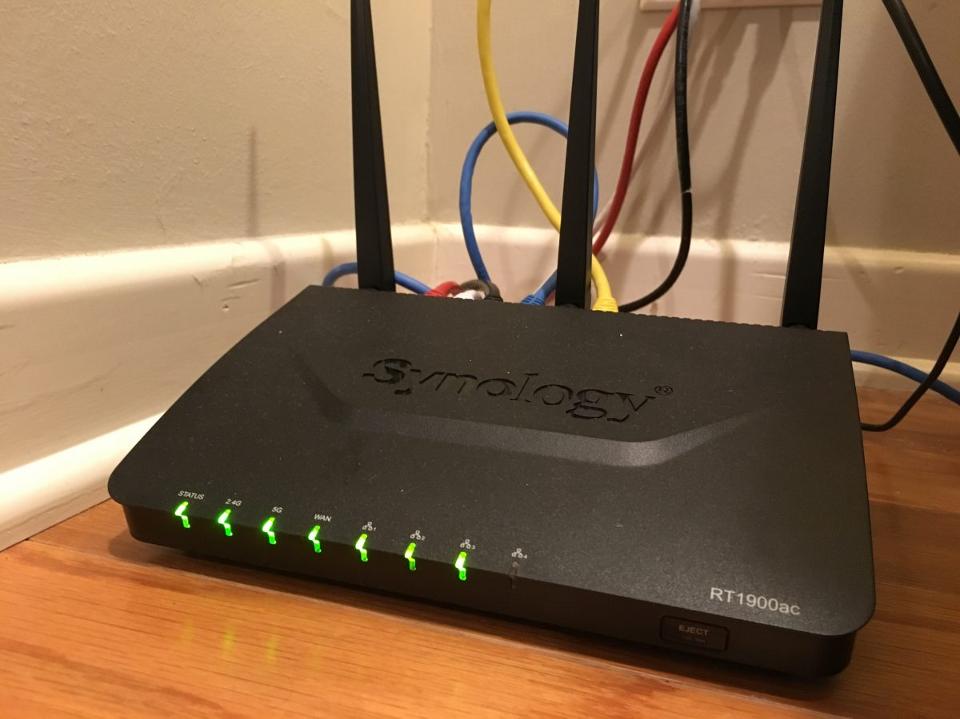 My home is ~2,800 square feet with two floors, close to the typical American home. No single Wi-Fi access point will adequately cover the house, and the layout left us with three wireless access points, but they are stupid. Despite all having the same SSID (the Wi-Fi network name) and different channels, if someone moves from one part of the house to another they stay “stuck” to one access point, no matter how poor that signal is on the other side of the house. Not a problem for some devices that don’t move, but notebooks, tablets and phones are constantly in motion.

As we have discussed before, home access points typically have better throughput than commercial ones because companies are rarely deploying the latest technology due to cost and churn. But at the office the real advantage of a commercial Wi-Fi system is that one can roam freely and the different access points hand off the signal in the process, always connecting you to the strongest signal. This mesh of Wi-Fi that is created is optimized and tuned to the different devices; it can modulate signal to bring all the devices the best coverage. It’s time for that feature to come to the consumer network as device proliferation, IoT and usage patterns are changing dramatically. Even today’s “smart doorbells” need to stream HD video wirelessly.

Modern access points boast intelligent capabilities that blend N and AC bands so that there is only one network to deal with. My primary Synology access point calls this “smart connect”; while it gives the illusion of being optimized (with higher signal strength), the performance is worse than setting up separate N and AC bands. Even if the access point could adequately manage between the two bands, it is still unaware of the other access points in the house, unable to hand off as devices move.

To show how poorly a single Wi-Fi access point covers a large home, I used site planning software to map out the coverage of the access points in my home, keeping in mind that they do not overlap or handoff. (I reduced the configuration to two units to simplify the testing.)

Neither access point has a strong output relative to commercial units. At the far end of the house I saw better throughput from the access point downstairs, but when moving through the house, that connection stuck and rapidly degraded. The two big takeaways are 1. coverage is highly dependent on proximity to the access point and 2. moving never helps the situation.

Wi-Fi extenders are often pitched as a solution, but they simply subdivide the bandwidth, providing the appearance of better connection strength without actually increasing the overall bandwidth for client devices.

Several companies have tried to address this issue with mesh products. Ubiquiti primarily sells into the commercial space but their access points are cost-effective enough that some more technology savvy consumers may find them attractive. Eero has been advertising a 3-access point mesh system, but at $399 it is a bit above the range of most discretionary consumer purchases. Additionally, as a lesser-known startup there is less market momentum for Eero. But the 800-pound gorilla, Google, is about to enter the market with a 3-access point mesh system priced at only $299 with a stronger brand than any of the other competitors in the market. I have one on order hoping that this can solve my issues.

The market is growing for these types of products as consumer use cases are expanding beyond a few people web surfing, pushing the limits for high-throughput access across the house (think HD video surveillance cameras, smart TV streaming and all of the other neat gadgets that will soon be under the tree). As this holiday season brings more endpoints to your home networks, considering a different strategy may be an option whose time has come.

Posted by John Fruehe in Connected Home, Enterprise Networking, Personal Computing , Followed with Comments Off on Home Wi-Fi Is Broken, But Enterprise Technology Can Fix It