In the typical US home, a single Wi-Fi router typically provides the wireless network coverage, and that was enough for most uses. If for some reason there was poor coverage, users would just move closer to the router. But with today’s smart and connected homes, the choice to move closer is often not an option, as a connected doorbell must be next to the door not where the router provides the best coverage. Adding multiple access points may have fixed this coverage gap for some, but mobile devices like phones, tablets and notebook computers will constantly run into problems when moving between these different Wi-Fi router coverage zones. Businesses have long enjoyed mesh Wi-Fi services that gracefully move devices between different access points to ensure the strongest signal, but these commercial systems were too expensive and difficult for home use. Now a new generation of consumer Wi-Fi products, called mesh systems, are being delivered by the likes of Google, Amplifi, Netgear, Eero and more. We take a look at how mesh Wi-Fi can benefit the home in our latest research paper that you can download from our website. 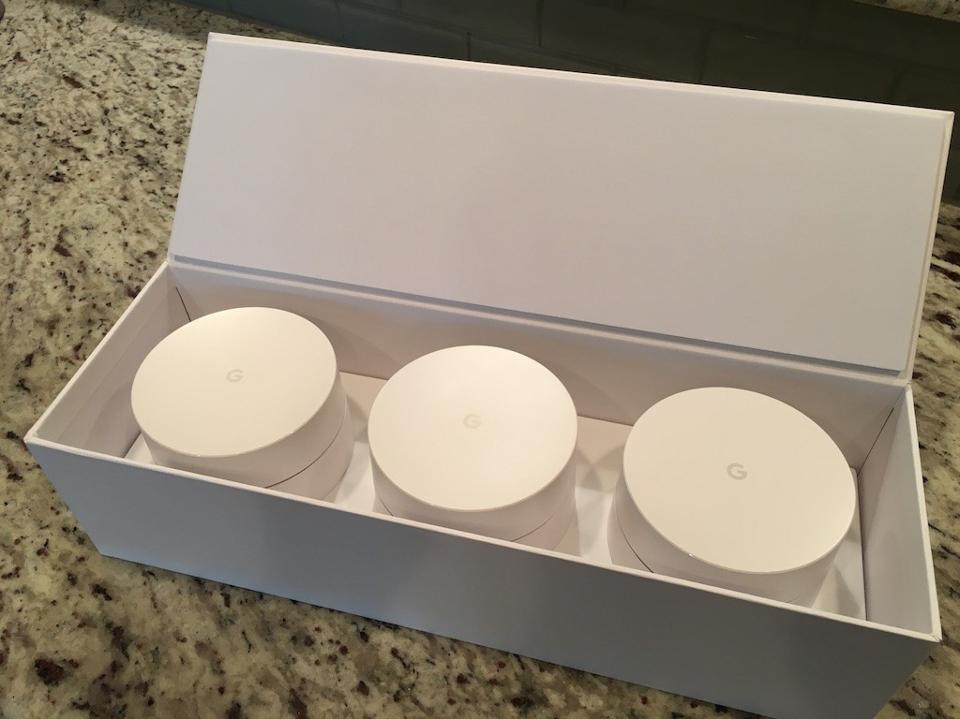 At this year’s Consumer Electronics Show (CES), the hottest trend in consumer Wi-Fi was mesh systems. Instead of relying on a single router that did not have the reach to adequately cover all corners of the home, a mesh system instead creates multiple zones (typically 3) with smaller, less obtrusive devices that enable the system to blanket the entire house with strong Wi-Fi connectivity. For those with home automation devices like my Wi-Fi-enabled garage door opener, having a strong signal that covers every nook and cranny means that smart devices all over the home have a strong signal no matter where they are located.

In addition to the range improvements, Wi-Fi mesh systems deliver much higher bandwidth throughout the home. Normally, as one steps further away from the router, their signal strength drops. In a mesh, as one moves away from an access point, they are typically moving closer to another, giving them a more accurate signal strength as their connection is handed off while they roam around the house.

In our research we looked at two systems, the Google Wi-Fi and the Amplifi HD, to understand at the different approaches to solving the problem. Google is the proverbial 800-pound gorilla of the technology world, and their entry into the home Wi-Fi market started earlier with their OnHub product. Google’s strategy is like the approach that most have taken: a set of 3 identical “pucks” that are designed to be spread throughout the home to create a web of Wi-Fi for devices. Amplifi takes the other approach with a single high performance base unit that also includes multiple Gigabit Ethernet ports for wired devices. The mesh is then created with two remote antennas that can be plugged into any electrical outlet in the home to extend the coverage, making it far more flexible in terms of placement. Both vendors rely too heavily on smartphone apps instead of true browser-based consoles and lack much of the configurability that traditional routers deliver. This may frustrate more experienced network users who require more complex capabilities; the average consumer will probably not notice these limitations.

While a mesh system does take more time to configure, the result is a significant improvement over a single router for any medium to large size home or any home with many devices connecting wirelessly. In my 2,800 sq ft two-floor home, I moved wireless throughput as low as 80Mb/s and as high as 400Mb/s to a more consistent experience with a constant 300-400Mb/s throughout the house. As devices moved from room to room, the performance remained very steady and consistent as the different units handed the connection off, unlike the performance of standalone routers where performance dropped as you move further away from the router or “stuck” to the old router while standing next to a different one.

Mesh systems functionally change the home Wi-Fi experience , and it is our belief that in the future we’ll see the market migrate towards single, more powerful standalone routers for apartments and smaller homes with mesh systems for larger homes. The market for Wi-Fi boosters and extenders will practically disappear as these products were dodgy to begin with and mainly brought more frustration, not relief, for consumers’ Wi-Fi issues.

Additionally, we believe that as networking becomes more prominent in homes, we’ll see more enterprise-level technology move into the home. Security and configuration will become important aspects of any home products, opening the door for a variety of companies, from cable TV operators, cellular carriers and even power utilities to enter the space. It will certainly be interesting because complexity for consumers can only become more intense over time; mesh systems will help reduce some of this but they will create their own challenges as well.

Posted by John Fruehe in Connected Home, Internet of Things IoT, Personal Computing , Followed with Comments Off on Home Wi-Fi Gets A Big Boost Led By Google