Wednesday, Google kicked off their annual developers conference in San Francisco. Dubbed Google I/O, the conference is targeted at 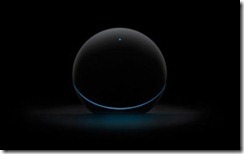 developers in the Google ecosystem. It is meant to woo them so that they keep developing for the ecosystem and if Google had their way, leave the Apple and Microsoft ecosystems. Many positive things came out of I/O including the Nexus 7 tablet and a spectacular demonstration of emerging technology with Google Glass. Technology aside, I have never seen such an awesome demonstration like this that went from blimp to rooftop to rappelling to BMX bikes, and all in about five minutes. That will be talked about in the valley for a while and I pity the next major company who does an announcement as it will be compared to Glass.

All was not good, though at Google I/O. Amidst all the successful rollouts of products, technologies, and advanced prototype demonstrations was one of the most confusingly-positioned products I have seen in a while. The Google Nexus Q is a real head-scratcher as it isn’t positioned well against anything that will be looked at as a competitor. Bad positioning never ends well, as it typically results in deep price cuts or discontinuation, and that is exactly where I see the Nexus Q headed.

The current state of living room electronics has segmented Smart TVs, set top boxes, OTT adapters, and game consoles. Sure there are gray areas and overlaps, but that’s how consumers segment them today in their heads. The Nexus Q and Apple TV are examples of OTT (Over the Top) Adapters that take digital content from the cloud or from local devices. So if the Nexus Q is an OTT Adapter, how well is it positioned?

Compared to the Apple TV, the Nexus Q does less and priced at $299 is three times more expensive. That’s not very good positioning. Both products can take content from the cloud, but the Apple TV can play almost anything from an iOS device, including games. The Q does have an amp so you can directly plug speakers into the device. Is that worth the extra $200? No it is not.

Compared to the $199 XBOX 360 S, the situation gets even worse. Today’s 360 does nearly everything the S can plus plays thousands of the top games. According to market data of media sales, the XBOX 360 is a formidable media hub with users buying huge amounts of movies. Users can also play content from their mobile devices if they are “PlayTo” certified or support the latest DLNA standards.

Compared to Sonos, the price gets within range, but here is where Google lacks experience, a fully segmented line-up, cross-compatibility, a brand, and mass distribution. Sonos is the gold standard today for distributed digital audio in the home. Sonos supports the Android, iOS, and Amazon ecosystems, not just Android like the Q. Sonos also offers a full line of bridges, speakers, amplifiers, and OTT adapters. The Q offers one adapter and one set of speakers. But the Nexus Q does have lights that glow around the ball like disco lights…..

I am not down on Google or Google I/O, I am frustrated that Google blew an incredible opportunity to have a flawless Google I/O. The industry needs a new champion and Google had a shot a proving they were the one. Instead, Google reinforced that nagging description of not getting the end user or buyer. So for now, Apple keeps that title and over time as the Nexus Q reduces in price and gets discontinued, Google will get another shot next year.

Posted by Patrick Moorhead in Personal Computing , Followed with Comments Off on Google Nexus Q: A Confused Product