03 Jul Did Google Borrow the Idea for Google+ Events?

Google made numerous announcements at their Google I/O developer 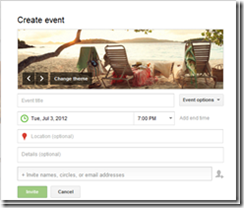 event held last week in San Francisco. One major announcement was a new capability embedded into Google+ called “Google+ Events”. This new feature enables users to invite members to off-line, in-person venues and allows attendees to upload and share content before, during and after the event. I would be more excited about this feature if it hadn’t been delivered already as a platform by a tech startup out of Nashville, TN called Goba.

Google+ has had a knack for creating useful features and a few weeks afterward are being emulated by Facebook. Circles, editable posts, advanced photo viewing and sharing, subscribing, Hangouts were all released first on Google+ then emerged on Facebook. Forget that Google+ emulates Facebook by virtue of being a social network, but it has become so prevalent that full articles are devoted it. Mike Elgan wrote a detailed piece on why Facebook is the new Yahoo in part because it takes all of Google’s good ideas. Well, now it’s Google’s turn to borrow features, this time from a business called Goba.

Goba is a small BtoB tech company in Nashville, TN who provides organizations APIs and platform services that enable them to connect their constituents to 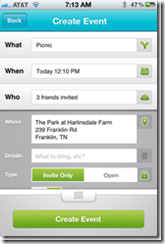 events in the real-world. You know, the real bricks and mortar world, not the virtual one. People still do that, right? Of course they do. So if you’re a business, university, hospital or even a BtoC social media company who want to organize people in the real world on a more personal level, organizations would contract with Goba to integrate their capabilities into their own app. Goba also has a BtoC app companies can white label, too and Goba has obviously used the app to test out the functionality and usage models.

Goba offers an Android and iOS app, a web-based platform, and feature 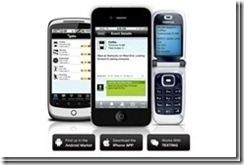 phone users can even get notifications and messages via text. That may not sound cool to geeks, but think of how many emerging regions and also how many grandparents here in the U.S. have feature phones who also would like to get invited to an event.

So did Google+ copy what Goba did? Probably not, but Google+ Events isn’t anything new or unique either. The great thing for Goba is now that Google+ Events is out, I wouldn’t be surprised if more organizations, including some big name social players that want some of the Google+ Event action in their own mobile apps come knocking on their door. Aren’t the “new economy” opportunities great?