Last week, I attended Samsung’s Unpacked event in San Francisco and am attending Mobile World Congress 2019 this week. Held on practically the eve of MWC Barcelona, Samsung utilized Unpacked to unveil an impressive new array of devices (yes, including that foldable phone you’ve been hearing so much about). I wanted to talk about a […]

Posted by Patrick Moorhead in 5G, Personal Computing, Smartphone, Wearables , Followed with Comments Off on Samsung Blew Me Away At Unpacked 2019

27 Sep Apple Watch Series 4 May Be a Life-Saver

While the new Apple iPhone X models were certainly the big news at the Apple Special Event yesterday, the new Apple Watch Series 4 was also particularly noteworthy. Essentially an overhaul of the Apple Watch, the new series offers a number of disruptive technologies that I believe will expand the appeal of wearable devices far […]

Posted by Mark Vena in Connected Home, Fitness Wearables, Wearables , Followed with Comments Off on Apple Watch Series 4 May Be a Life-Saver

Wearables continue to become more functional and fashionable.   ANSHEL SAG While some continue to question the viability of the wearables market, each generation of devices is becoming more capable. The success of the Apple watch has certainly helped, along with the growth of companies like Fitbit, Mobvoi, and Garmin. I think we’re closer to the […]

Posted by Anshel Sag in Personal Computing, Wearables , Followed with Comments Off on Qualcomm’s Snapdragon Wear 3100 Platform Ushers In New Era Of Wearables

28 Jun Should Technology Augmentation Allow Us To Be Better Than Our Normal Selves?

I have written before in Forbes about Wellsmith and how they are working with Cone Health to deliver a new digital care platform. In that piece, we learned how Wellsmith uses consumer-centric devices to support a consumer’s journey to a better quality of life. Of course, the quantified self and using devices like Fitbit to […]

Posted by Patrick Moorhead in Collaboration, Healthcare, Wearables , Followed with Comments Off on Should Technology Augmentation Allow Us To Be Better Than Our Normal Selves?

There are many hearing aid manufactures like Miracle-Ear, Beltone, ReSound, ZOUNDS and Oticon, but the Signia Pure hearing aids are a revelation in technology-driven innovation. Much like Tesla Motors is pushing the limits on autonomous driving, Signia is exploring the limits of autonomous ‘listening’. It could be the start of a truly remarkable tech revolution for […]

(Photo credit: Anshel Sag) IFA is an absolutely enormous consumer electronics show based every fall in Berlin with countless conglomerates that show off all their latest consumer wares to press and consumers. This year’s IFA had no shortage of appliances or televisions as usual, but this year was especially marked by three major technology trends. […]

I attended Apple’s special event at the Bill Graham Civic Center in San Francisco today and wanted to share with you some of my thoughts and highlights that came out of the event. Apple CEO takes the stage at today’s event (Credit: Patrick Moorhead) Watch Series 1 and 2 Apple is the #2 market share watch […]

09 Jun Wellness Wasteland: Technology Isn’t Where We Need It Most

When the average person walks into a hospital, they are surrounded by arguably the densest concentration of technology that they will ever encounter. The doctor’s arsenal of sensors, tools, software and data can be brought to bear against a host of diseases and ailments. The modern hospital is the epicenter of technologically-driven wellness. But when […]

Posted by Yuri Teshler in Internet of Things IoT, Personal Computing, Wearables , Followed with Comments Off on Wellness Wasteland: Technology Isn’t Where We Need It Most

Posted by Yuri Teshler in Internet of Things IoT, Personal Computing, Wearables , Followed with Comments Off on 10,000 Steps A Day: The Wrong Wellness Incentive

17 May Apple iPhone Connected Us To Each Other, The Apple Watch Connects Us To Ourselves

Recently, principal analyst Patrick Moorhead and I had the opportunity to visit one of Apple‘s labs for studying human movement and activity. The investment into broadening the Apple Watch’s measurement abilities is nothing short of extraordinary. Near Apple’s campus in Cupertino, CA, is a cloistered facility where for the last three years, for six days a […]

Posted by Yuri Teshler in Internet of Things IoT, Personal Computing, Wearables , Followed with Comments Off on Apple iPhone Connected Us To Each Other, The Apple Watch Connects Us To Ourselves

10 Dec Smart Garments Are Here: Jabil Steps Up Its Wearables Game With Clothing+

(Source: Christopher R. Wilder) Advances in sensor capabilities, batteries, form factors, and fabrics are making it easier for clothing manufacturers to seamlessly integrate garments with monitoring and electronic devices. Fitness equipment manufacturers have been developing devices and solutions for many years that monitor heart rate, pulse, body temperature, etc. But, only recently has the cost […]

Posted by Christopher Wilder in Fitness Wearables, Wearables , Followed with Comments Off on Smart Garments Are Here: Jabil Steps Up Its Wearables Game With Clothing+ 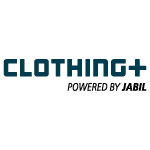 Advances in sensor capabilities, batteries, form factors, and fabrics are making it easier for clothing manufacturers to seamlessly integrate garments with monitoring and electronic devices. Fitness equipment manufacturers have been developing devices and solutions for many years that monitor heart rate, pulse, body temperature, etc. But, only recently has the cost to manufacture, integrate, and miniaturize electronic components been reduced […]

Posted by Christopher Wilder in Internet of Things IoT, Wearables , Followed with Comments Off on RESEARCH BRIEF: Jabil Steps Up Its Wearables Game with Clothing+

NIGHTWATCH Smart Halter and Collar We’ve all seen examples over the past few years of complex IoT technology solutions to help solve real-world problems from a variety of small companies. In fact, last week while I was at the ARM Holdings annual industry analyst conference and TechCon, a gathering of the ARM ecosystem powers, you […]

Posted by Patrick Moorhead in Internet of Things IoT, Wearables , Followed with Comments Off on NIGHTWATCH Smart Halter: A Great Example of ARM’s IoT Ecosystem Innovation And Diversity

03 Nov To Consumers, Today’s Healthcare Approach Is Like Getting Stuck On Mars

In healthcare, consumers are once removed from not just payment, but also decision-making. In spite of this disintermediation, health and wellness is innately individual. In parallel, consumer adoption of health and wellness related technology is soaring. It begs the question: As digital health approaches critical mass, who will lead the charge for healthcare consumerization and […]

Posted by Yuri Teshler in Internet of Things IoT, Personal Computing, Wearables , Followed with Comments Off on To Consumers, Today’s Healthcare Approach Is Like Getting Stuck On Mars

Fossil recently announced a line of smartwatches and so becomes one of the newest non-tech players in the wearable technology space. Companies like Nike, Under Armour, and Adidas have all made forays into wearable technology, but some of them have failed and others have yet to attain major success. Nike’s band was abandoned, and Under Armour’s device with […]

Posted by Anshel Sag in Wearables , Followed with Comments Off on Fossil’s Entry Into Smartwatches Helps Legitimize The Wearable Technology Market

Motorola recently introduced their latest version of the Moto 360 smartwatch. This version made improvements over the previous generation and fixed a lot of issues. Since Motorola Mobility was acquired by Lenovo, they’ve actually been given more resources and more power to do interesting things, and that includes expanding the scope of their Moto Maker program. By expanding […]

Motorola’s first generation Moto 360 was universally lauded as the best looking and functional smartwatch on the market, especially among the Android Wear watches. Even after Apple released the Apple Watch, many still believed the Moto 360 to be the truer to form watch on the market. But even being one of the best smart […]