12 Jun Misunderstood Mobile Benchmarks Are Hurting The Industry and Consumers

I have been in and around the benchmarking and benchmarketing scene for 25 years in the PC, server, and now smartphone and tablet markets. Benchmarks have been on a cyclical nature for years and the cycle is fairly predictable. Benchmarks cycle between manufacturer, consortium, benchmark company and industry standard- led formations. There are hybrids as […]

Posted by Patrick Moorhead in Smartphone, Tablet , Followed with Comments Off on Misunderstood Mobile Benchmarks Are Hurting The Industry and Consumers

09 Jun Qualcomm Gets Aggressive In Taiwan At Computex 2015

Last week, much of the PC, server, and tablet electronics component, operating system and ODM world came together in Taiwan for Computex. Companies like Advanced Micro Devices, ARM Holdings, Intel, MediaTek Inc., Microsoft, NVIDIA and Qualcomm were all there on hand to take part in the festivities. I’m going to focus on Qualcomm’s presence there, […]

Posted by Patrick Moorhead in Tablet, Wearables , Followed with Comments Off on Qualcomm Gets Aggressive In Taiwan At Computex 2015

As I have explained before, I’m an industry analyst, not a reviewer, but I do review important, new category products to better understand new usage models and the potential for category and/or vendor share shift. I had the chance to use the new Apple MacBook for the last week as my primary notebook and I want to […]

Synaptics is best known as the company that brings the latest and greatest in natural user interfaces with touchpad, touch screen, and more recently the fingerprint sensor technologies to phones, tablets and personal computers. Synaptics is really a “human interface company”, and they want to utilize their technology in ways that enable for the best user […]

Posted by Patrick Moorhead in Gaming, Personal Computing, Smartphone, Tablet , Followed with Comments Off on Synaptics Expands Into Gaming Market

As our world becomes more and more wirelessly connected, there is a never-ending demand for more spectrum to accommodate the bandwidth needs of all our devices. This challenge was coined by Qualcomm in 2013 as the “1000x challenge”, saying that wireless networks in the future will require 1000x the capacity of today. As a result, many companies […]

All PC manufacturers, including the big three comprising Dell, Hewlett-Packard, and Lenovo , are looking to lower support costs and improve the support experience. Client-device support for PCs and tablets has traditionally lagged behind the datacenter and enterprise apps, and that generally speaking, continues to be the case. Most current models of client device support generally involve the traditional manual support […]

The world of client support has been generally staid and predictable for years, with innovation focused on reducing cost and streamlining efficiency, often at the customers’ expense. The market is littered with either a confusing array of support choices or pre-packaged offerings that miss key elements, none of which have kept up with the latest technology […]

Right now is a great time to be an analyst tracking the mobile SoC industry as we are seeing some of the strongest mobile SoC offerings from almost all the big players. The mobile SoC market could start to get closer to maturity, especially with some players’ most recent crop of 64-bit SoCs. The most prominent SoCs […]

Posted by Patrick Moorhead in Smartphone, Tablet , Followed with Comments Off on MWC: What An Exciting Time In Mobile Chips With Apple, Intel, Nvidia, Qualcomm, Samsung 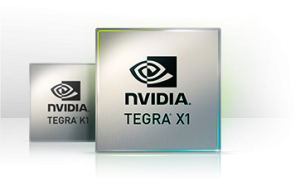 NVIDIA Tegra X1 (TX1) based client-side neural network acceleration is a strong complement to server-side deep learning using NVIDIA Kepler based Tegra server accelerators. In the software world, “function overloading” refers to using one procedure name to invoke different behavior depending on the context of the procedure call. NVIDIA borrowed that concept for their graphics processing pipelines. […]

I had the distinct pleasure attending Microsoft’s event in Redmond last week where they brought out a myriad of new products like HoloLens and Surface Hub and disclosed many more details on Windows 10, in particular, the consumer features. In the totality of the event, I think Microsoft score big in that they projected that they could innovate and that […]

Remember back in 2013 when Dell was losing PC market share and talking about focusing on “profitable growth in commercial markets”? It seemed then like Dell was losing their nerve in the consumer PC market. Then Dell announced in June of 2013 sweeping changes to their PC strategy that I wrote about here. The results in […]

Posted by Patrick Moorhead in Personal Computing, Tablet , Followed with Comments Off on Dell Hits Home Runs At CES 2015

As I’ve said many times, getting certified on an AT&T network on voice and data is recognized as one the most difficult networks if you are a chipmaker or a device maker. AT&T is “proud” of its networks, but if you can get your communications module and/or device (phone, tablet) certified there, there’s a good chance you […]

Posted by Patrick Moorhead in Smartphone, Tablet , Followed with Comments Off on Intel Gets Their First AT&T LTE Voice-Data Win With Hybrid Phone-Tablet Device

Nvidia has been on quite the tablet roll lately. Google just recently announced that their flagship 9″ tablet, the Nexus 9, manufactured by HTC, includes Nvidia’s Tegra K1 SoC with Kepler graphics inside. While components and graphics AIBs are Nvidia’s primary business, they also develop and sell their own branded tablets and devices under the “SHIELD” moniker. Interestingly, as […]

Posted by Patrick Moorhead in Tablet , Followed with Comments Off on Nvidia Well Positioned For The Holiday Tablet Selling Season

Posted by Patrick Moorhead in Gaming, Server, Tablet , Followed with Comments Off on Nvidia Shield Tablet With LTE: Awesome Mobile Gaming For $399

In today’s Internet of Things (IoT) environment, security is not only critical, it’s essential. Newly connected IoT devices such as thermostats, vending machines, HDTV’s and wearables create some of the largest potential security gaps in the IT infrastructure. As users demand mobility, cloud-based applications and collaboration, both inside and outside their company or organizations firewalls, the threat […]

Posted by Patrick Moorhead in Personal Computing, Tablet , Followed with Comments Off on Two Weeks With Dell’s First Business Class 2-in-1 With The Intel Core M Processor

Posted by Patrick Moorhead in Tablet , Followed with Comments Off on Lenovo Yoga HD+ Tablet: A Good Example Of Why Lenovo Excels In Client Devices

Nvidia announced today two new members of the SHIELD family, the SHIELD tablet and the SHIELD controller for gaming. This comes on the heels of the Nvidia SHIELD portable released a year ago. I think the SHIELD tablet will get a warm reception by the press and gamers for multiple reasons and a much better […]

The following are screen shots taken from the Apple App Store on July 16, 2014. Click on the images to see a detailed screenshot.

Posted by Patrick Moorhead in Smartphone, Tablet , Followed with Comments Off on iOS App Comparison of IBM, SAP, Oracle and Salesforce