Microsoft is a company not traditionally known for its PC hardware systems prowess, but the company’s Windows Devices Group has been working feverishly for four years to change that. Microsoft already created a new device category with the Surface Pro line of tablets, which I recently observed after four months of use. The first few years […]

Microsoft Surface Pro 4 (Credit: Microsoft) The PC market has seen brighter days, especially when it comes to the traditional desktop power form factor. In Q4 2015, the PC market continued to struggle, but according to IDC’s data there was a bright spot in the PC space that belongs to convertibles and detachables. This is […]

Huawei Technology Co. isn’t known for being a PC players, but they are a player in the telecom infrastructure business, #1 in LTE and recently became a global rising star in the smartphone world. Huawei has been consistently gaining market share globally and is now solidly the number three smartphone vendor in the world behind […]

HP Elite x3 next to Mobile Extender I have been researching modular compute use cases for over twenty years. Historically, modularity and extensibility have had a mixed rate of success and typically, success or failure is directly related to the experiential “signal loss” of the base use case and the extended use case. Two examples: […]

18 Jun Why PC Modularity Could Be Successful

Modularity in electronics is defined as being able to transform or extend from one device into another. In smartphones, it has been very successful and for the most part, it has displaced the mp3 player, and GPS.  For many, the smartphone displaced a portable game device and a camera.  Some consumers are using their phones […]

Posted by Patrick Moorhead in Hybrid Convertible, Modularity, Personal Computing , Followed with Comments Off on Why PC Modularity Could Be Successful

I’ll admit it, I have a love-hate relationship with Android. I love it as a phone choice, love it on 7” tablets, but think it provides a lousy experience on anything 10” display and above. I’m not alone as Android has captured 75% of the smartphone market but hasn’t had big success in the 10” and above category. Companies like Acer and Asus are […]

Posted by Patrick Moorhead in Hybrid Convertible, Personal Computing , Followed with Comments Off on Are the Latest 10”+ Android Devices DOA? 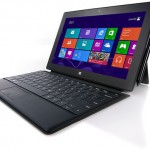 As a technology analyst, I spend a lot time analyzing and keeping the pulse on the latest in inflection points, the ones that matter. Modularity is one of those factors and will be an important thing to keep an eye on for the next 5-10 years. In present day, modularity is important with the smartphone to […]

Posted by Patrick Moorhead in Hybrid Convertible, Modularity, Personal Computing, Windows 8 , Followed with Comments Off on HP ENVY X2: One Step Closer to the Hybrid Future

One great thing about a tech industry in transition is that manufacturers amp up the amount and breadth of the products they announce.  2012 was a transition year for PCs, smartphones, and tablets, and there were so very many great options to choose from. My selection criteria for my favorite, significant products was simple: I personally used […]

With the advent of Microsoft’s Windows 8, computer makers developed different form factors to take advantage of the new operating system.  Most of these new Windows 8 form factors were shown for the first time atComputex in Taipei and then at the official Windows 8 launch event in New York.  The new PC form factors extend the functionality by […]

Over the course of the Windows 8/RT industry discussions, ARM-based tablets have received the lion’s share of the discussion.  This has been particularly true with Microsoft’s announcement of Surface RT.  Does this mean Intel cannot deliver a competitive tablet solution?  Hardly.   Intel’s CloverTrail platform is shockingly competitive and I wanted to share some early experiences with […] 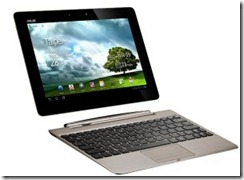 15 Jul Why Convertible PCs Are About To Become Very Popular

Convertible computers are those that can serve as a standalone media tablet and, when attached to a keyboard, can serve as a notebook. I believe that in 2013, these will be immensely popular. This is aggressive for many reasons, primarily because a convertible PC has never been widely successful. I’d like to share a few […]

Posted by Patrick Moorhead in Hybrid Convertible, Modularity, Personal Computing , Followed with Comments Off on Why Convertible PCs Are About To Become Very Popular