27 Sep Apple Watch Series 4 May Be a Life-Saver

While the new Apple iPhone X models were certainly the big news at the Apple Special Event yesterday, the new Apple Watch Series 4 was also particularly noteworthy. Essentially an overhaul of the Apple Watch, the new series offers a number of disruptive technologies that I believe will expand the appeal of wearable devices far […]

Posted by Mark Vena in Connected Home, Fitness Wearables, Wearables , Followed with Comments Off on Apple Watch Series 4 May Be a Life-Saver

18 Aug It’s A Jungle Out There In Wearable Technology

While your smartwatch or fitness band may survive the tough elements outside, there’s a tougher climate inside among wearables competitors. The wearables space is still emerging, and consumers and their tastes can be fickle. As the market continues mature, we are seeing some companies succeed and others fail. Interestingly, the size of the company has very […]

Posted by Anshel Sag in Fitness Wearables, Personal Computing, Semiconductor , Followed with Comments Off on It’s A Jungle Out There In Wearable Technology

10 Dec Smart Garments Are Here: Jabil Steps Up Its Wearables Game With Clothing+

(Source: Christopher R. Wilder) Advances in sensor capabilities, batteries, form factors, and fabrics are making it easier for clothing manufacturers to seamlessly integrate garments with monitoring and electronic devices. Fitness equipment manufacturers have been developing devices and solutions for many years that monitor heart rate, pulse, body temperature, etc. But, only recently has the cost […]

Posted by Christopher Wilder in Fitness Wearables, Wearables , Followed with Comments Off on Smart Garments Are Here: Jabil Steps Up Its Wearables Game With Clothing+

I attended Apple’s announcement today in San Francisco at the Yerba Buena Center for the Arts where they rolled out more detailed information about Apple Watch, among other things. Wearables haven’t had any degree of mass adoption so far yet they are packed onto store shelves and were one of the buzz factors at last week’s MWC. Only […]

Posted by Patrick Moorhead in Fitness Wearables, Wearables , Followed with Comments Off on Apple Watch Closer To Becoming A Winner

For years, I have been looking for a watch that, while running, could accurately and automatically measure, capture, and display my heart rate without the need for a chest strap or PC connection. Watch after new watch came out this year that claimed this, but none of the ones I tried could do this while […]

Tuesday, I attended Apple’s launch event in Cupertino where they announced the new iPhone 6, Apple Pay and the Apple Watch. I have followed the smartwatch market for years and, to put it bluntly, don’t think any of the smartwatches were ready for mass adoption. Additionally, I chronicled my personal use of 11 different watches, and while […]

Posted by Patrick Moorhead in Fitness Wearables , Followed with Comments Off on Apple Legitimizes The Smartwatch Category: Part 1 Style And Social Acceptance

I had the pleasure of attending the Apple WWDC 2014 keynote in the Moscone West Convention Center in San Francisco. While Apple didn’t introduce any new hardware, they did announce a dizzying array of software and service improvements for today, but more interestingly, for tomorrow. Two key themes I recognized were “choice” and “growth”, and […]

Posted by Patrick Moorhead in Fitness Wearables, Smart Home Automation , Followed with Comments Off on Apple WWDC 2014: All About Choice And Growth

The wearables hype is at an all-time high as every week, it seems some new wearable is announced by a major company or a handful people on Kickstarter or Indiegogo. So far, the larger players include Google, Samsung, Qualcomm, Sony, Intel and Google (nearly Lenovo’s) Motorola. Google recently announced Android Wear, Samsung launched their second generation devices at MWC, and Intel […]

Posted by Patrick Moorhead in Fitness Wearables , Followed with Comments Off on Wearables Have A Long Way To Go To Be Mass Consumer Markets

22 Jan Who Really Wants To Buy Fitness Wearables From Electronics Companies Like LG and Epson?

Having spent the week at the International Consumer Electronics Show (CES), it would appear that fitness & sport tech has started to reach mainstream prominence.  In a way it has, in others it hasn’t.  It seems like everyone has a device (from gaming company Razer to major mobile player LG to printer/projector maker Epson), but […]

CES has changed considerably over the past 10-15 years. As the PC is a piece but no longer the center of the universe, many new technologies touching many industries are emerging and have taken over the buzz at the show. Computerized cars, robots, drones, smart homes, and fashionable music accessories are everywhere. There were even […]

03 Jan Wearables Are Not Smartphone Replacements

I have seen a lot of articles mentioning that wearables will be the next big market. I fully agree that this market will experience tremendous growth in the coming years. However, many are predicting that their growth will come at the expense of replacing your smartphone. I fully disagree with this assertion. Instead, they will […]

Posted by Brian Pitstick in Fitness Wearables , Followed with Comments Off on Wearables Are Not Smartphone Replacements

I wrote an article on Nov. 20th about the potential of a fitness wearables targeted at kids.  Since then, I was introduced to a company named Sqord that has already built a compelling solution focused on this space.  Sqord has great concept and has taken the idea of a kids wearable activity tracker much further […]

Wearable devices have a huge potential to create new innovative marketing platforms for the companies that sell them.  A great example of this is the fitness wearable industry.  Many might think that companies in this space see the revenue provided by these devices as huge growth opportunity especially with analysts predicting hundreds of millions of […]

06 Dec Why are Runners Fat? 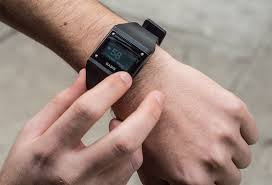 Ok, I’ll admit this is a bit of an extreme statement and it was not meant to offend anyone.  However, as a long time long-distance runner myself, I can fully attest that there are a number of runners who are not the most toned of athletes.  Even having been around many runners training for marathons who would run […]

I have written about fitness wearables and the benefit of Big Data analytics to help provide personalized coaching and advice.  This is an important step and evolution for these devices – delivering digital services and personalized recommendations.  Today, most of these insights are delivered through their connected apps and reviewed by the user post work-out […]

02 Dec Giants vs. Redskins Could Have Been Altered Through Tech

Anyone who watched the Giants vs. Redskins Sunday night NFL football game last night knows there was a major officiating blunder at the end of the game.  Even the NFL came out today and said there was a mistake.  For those that missed it, late in the game with the Redskins trailing the Giants 24-17, […]

Many companies are experimenting with wearable computing that is going beyond more traditional wearable devices like a band or smartwatch. Embedding sensors and compute into everyday apparel like shirts, shoes, and socks is the next wave. Most athletes do not want more stuff to wear so embedding in apparel athletes already wear is the next […]

20 Nov IoT to Take Fan Engagement to the Next Level 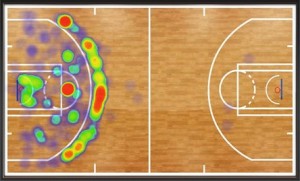 This blog was written by Brian Pitstick, a 17+ year marketing executive in the Fortune 500 technology market. He is currently a guest analyst at Moor Insights & Strategy where he writes about his passion for the emerging wearables market leveraging his strong background building innovative product solutions.  Brian was recently executive director at Dell corporation, […]

This blog was written by Brian Pitstick, a 17+ year marketing executive in the Fortune 500 technology market. He is currently a guest analyst at Moor Insights & Strategy where he writes about his passion for the emerging wearables market leveraging his strong background building innovative product solutions.  Brian was recently executive director at Dell corporation, […]