New usage models and applications for technology products, such as machine learning and artificial intelligence, created a need for computers to “see” the outside, physical world. We refer to this as “computer vision”. As these usage models and markets evolve, higher quality imaging systems are needed to enable better optical performance. Consumer expectations for thinner […]

16 May RESEARCH BRIEF: Hewlett Packard Enterprise: The Quiet Giant of Internet of Things

Enterprise and operations organizations looking to digitally transform their businesses using Internet of Things (IoT) technology often face a daunting initial task. How do I pick a partner to help guide us on this journey? How do I find a vendor that understands my industry, can help me architect the big picture, and then help […]

27 Apr Why Amazon Really Created Echo Look, A Camera In Your Bedroom And Bathroom

To the horror of some and the amazement of others, Amazon.com announced yesterday the Amazon Echo Look, what Amazon.com calls a “hands-free camera and style assistant”.  Echo Look is a new device with a camera and microphone intended to be in your bathroom, bedroom or closet. That’s right, a camera in the most private spaces […]

Posted by Patrick Moorhead in Connected Home, Human Internet of Things (HIoT), Internet of Things IoT, IoT Hardware, Smart Home Automation , Followed with Comments Off on Why Amazon Really Created Echo Look, A Camera In Your Bedroom And Bathroom

One of the most critical challenges to navigate when designing, developing, and deploying Industrial Internet of Things (IIoT) solutions is the mish-mash of standards that must be comprehended to connect all the things. The IIoT environment never comprehended ubiquitous connectivity and is comprised of countless tools, development and operating environments, and connectivity standards. Combine these […]

Normally, silicon chip announcements don’t catch my eye. This is not to say that chips are unimportant; they are critical to achieving the goals for the IoT. Generally, however, I tend to take a higher level and more holistic approach to IoT subjects. That’s why, when 3 recent announcements caught my eye, I thought there […]

Posted by Mike Krell in Internet of Things IoT, IoT Hardware, IoT Software , Followed with Comments Off on Internet Of Things Connectivity Options Come Into Focus

Mobile World Congress is the most important show in the wireless industry every year. This year is no different, with vendors like Qualcomm doing their best to show what this new hyper-connected wireless world will look like. At MWC 2017, the company will make many announcements in the areas of IoT and 5G as well […]

Posted by Patrick Moorhead in Internet of Things IoT, IoT Hardware, Semiconductor, Smartphone, Wireless , Followed with Comments Off on Qualcomm Broadens IoT Portfolio And 5G NR Capabilities Ahead Of MWC 2017

With Mobile World Congress just around the corner, it’s now time for every vendor related to wireless services and products to bring its best, including companies like Intel. I am told by sources the company will really “bring it” to Barcelona with announcements of a gigabit-class 4G LTE modem with CDMA support, following the recently […]

Anything automated requires precise optics. (Photographer: Nicky Loh/Bloomberg) As I had previously written about, there are a lot of applications for high quality optical systems in the vast world of IoT. However, because the world of IoT varies so much in terms of devices and endpoints, the amount of different optical systems that are needed […] 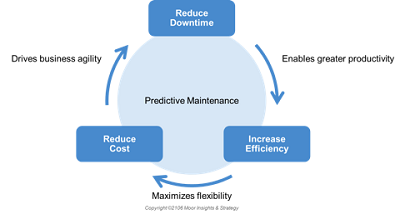 One of the keys to cost-effective and efficient operations for any business with a significant number of mechanical systems is its maintenance program. Programs vary widely depending on investment profile, but all have the singular objective of maximizing uptime and making operations as cost-effective as possible. You can download the paper here. Table of Contents Executive Summary Preventative […]

Intel’s perceived position externally in the broader IoT market had been viewed as a bit ambiguous when the company announced its major restructuring back in April of 2016 where the company cancelled many of its upcoming mobile processors. This was true even if mobile can, but doesn’t necessarily, mean IoT. Perception is perception. Now, the company has made progress shifting […]

As the world of IoT (internet of things) expands, we begin to see that many of our connected devices need to ability to see the world around them to better understand their surroundings. Much of the machine learning abilities IoT devices have today are a direct result of computer vision capabilities which have evolved into the ability […]

Posted by Patrick Moorhead in Internet of Things IoT, IoT Hardware, Semiconductor , Followed with Comments Off on Why Precise Optics Is Vital To The Growth Of The Internet Of Things

Update: On 3 November, Philips Lighting released a statement in reference to the Hue bulbs and the researchers’ findings noted in the below article. As Philips states, “The academics with whom we cooperated via our responsible disclosure process, merely demonstrated the possibility of an attack. They did not create a virus nor disclose information necessary […]

And so it begins. Last week we experienced the first security attack publicly and widely attribute to the Internet of Things (IoT). This day has been a long time in coming. It’s really far from the first IoT security breech mind you, but this is the first one that affected a wide group of people […] 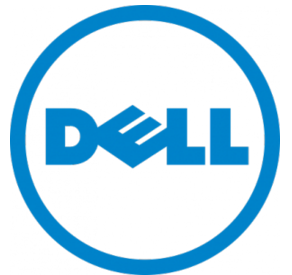 The Internet of Things (IoT) is real. Though much of what is written regarding the IoT focuses on “future” applications, Moor Insights & Strategy (MI&S) believes that today real solutions are available to enterprises to solve problems and enhance their business. These solutions allow enterprises to unlock the potential of data they already have from existing machine-to-machine (M2M) and […]