In perhaps Samsung’s boldest public acknowledgment yet that video content is an essential element in its entertainment strategy, the company announced at the Samsung Developer Conference that it would open its smart TV platform, Tizen, to third-party manufacturers. Sang Kim, Samsung’s SmartTV Product VP, noted that Samsung customers have cumulatively watched 1 billion hours of […]

IFA, Europe’s annual consumer electronics extravaganza, is taking place this week in Berlin. The show’s interesting for me as I view it as the last peek at consumer electronics we will see before the vaunted “holiday” selling season in the western world. While my colleague Mark Vena is in attendance (stay tuned for his takeaways), […]

Unless you were living under a rock, you know that Amazon Prime Day, literally the biggest blow out shopping event only rivaling the holidays, took place last week. Amazon created Prime Day out of thin air and, for itself and partners, and it has brought much of the industry out of its summer shopping doldrums. […]

It’s not an exaggeration to say that cord-cutting is now a national obsession. Millions of consumers have shed their cable and satellite subscriptions over the past ten years, and every major legacy cable and satellite company has suffered. Some choose to cut the cord in an attempt to save money. Some do it out of […]

At an Apple  special event on Monday, Tim Cook, Apple’s CEO, meticulously laid out the company’s vision and strategy, challenging consumers to view and think about Apple in a fundamentally different manner. Monday’s presentation was fascinating as it was the only Apple announcement in the company’s history that was entirely devoid of any physical hardware.  As Apple’s hardware sales […]

Posted by Mark Vena in Connected Home, Smart TV, Uncategorized , Followed with Comments Off on Apple Boosts Its Place In The Smart Home With A New Services Strategy

07 Dec Even More Smart Home Products For The Holiday Season

With about a month left before Christmas, I’d like to provide another round of great tech products worth consideration when doing your holiday shopping. In my opinion, you can’t go wrong with any of these unique, affordable products. TCL 6 Series 65” Smart TV (Model 65R617) stands out in a crowded market Over the past […]

Posted by Mark Vena in Connected Home, Smart Home Automation, Smart TV , Followed with Comments Off on Even More Smart Home Products For The Holiday Season

The IFA technology showcase in Berlin last week was a sprawling affair, attracting over 230,000 consumers, journalists, and industry pundits from all over the world. Historically it has been geared towards European consumers, but due to the conference’s late August timing, more and more companies are using it as a platform to announce new products […]

Samsung CES 2018 Last week, I and several other members of the Moor Insights & Strategy team attended CES 2018 in Las Vegas. One of the companies I was most looking forward to hearing from was Samsung, particularly in the realm of IoT and the smart home sector. Samsung is the 800lb gorilla and owns […]

04 Sep Apple TV: What Features Should It Have?

Over the past 25 years, I have personally used no less than 25 DMAs (digital media adapters) or some sort of digital electronics connected to or inside my TVs. I have used 10 of the 25 in the last five years as the experience, content and technology is slowly but surely improving. The first 15 […]

Posted by Patrick Moorhead in Internet of Things IoT, Smart Home Automation, Smart TV , Followed with Comments Off on Apple TV: What Features Should It Have?

I’ve been connecting digital devices to my TVs for over 25 years now and outside of a few devices, interactivity has been a “less than perfect” experience. Devices either did too little, did too much, were hard to use and setup, didn’t have the right content or just didn’t have staying power to be relied […]

Posted by Patrick Moorhead in Gaming, Personal Computing, Semiconductor, Smart TV , Followed with Comments Off on Google And Nvidia Shield Kick Off The Latest Fight For Cord-Cutting Living Room Electronics

26 Apr NVIDIA SHIELD: What You May Not Understand About The New 4K Streamer

In the consumer space, NVIDIA has dedicated much of the last four years building up their gaming footprint by investing to improve the overall gaming experience, wherever the gamer wants to game. NVIDIA is currently delivering leadership products and technologies in gaming tablets, handheld gaming, the highest-end gaming PCs and cloud gaming. The gaming console eluded NVIDIA […]

Posted by Patrick Moorhead in Gaming, Personal Computing, Smart TV , Followed with Comments Off on NVIDIA SHIELD: What You May Not Understand About The New 4K Streamer

13 May Why Is Intel Investing In Big Media?

Since Intel INTC +0.84%’s Erik Huggers got on stage at D’s Dive Into Media announcing details of their media strategy, there has been a lot of conversation on why Intel is doing it and if they will succeed. Some of it has been high valueconversation, some it is a bit uninformed. It’s easy to criticize Intel if you consider Intel’s ViiV, […]

Posted by Patrick Moorhead in Semiconductor, Smart TV , Followed with Comments Off on Why Is Intel Investing In Big Media?

18 Feb Intel Set-Top Box Camera Controversy: Much Ado About Nothing

Last Tuesday, Erik Huggers, Intel‘s corporate vice president of Intel Media,  announced at D:Dive Into Media that Intel is building a set top box and pay TV service that includes live TV.  Huggers talked about the service which will most likely include friendlier bundling and also about the living-room device itself, which will operate more like a 21st century […]

Posted by Patrick Moorhead in Semiconductor, Smart TV , Followed with Comments Off on Intel Set-Top Box Camera Controversy: Much Ado About Nothing

17 Aug Why do Products like the Google Nexus Q Launch? 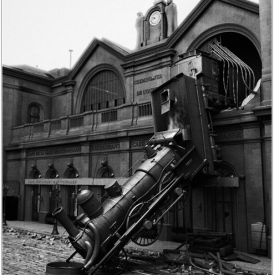 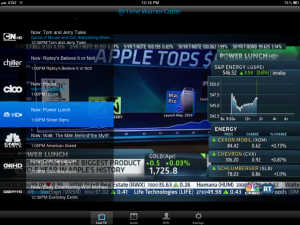 As ZDNet’s Adrian Kingsley-Hughes points out, we know absolutely “nothing” about the iPad 3 right now.  While pontificating about future Apple products is a lot of fun, drives many page views and makes web site editors very happy, it’s  just a pontification factory.  At some point in the near future, the iPad will have a better display and will be lighter than its […]

Posted by Patrick Moorhead in Smart TV, Tablet , Followed with Comments Off on Future iPads Will Cannibalize TVs