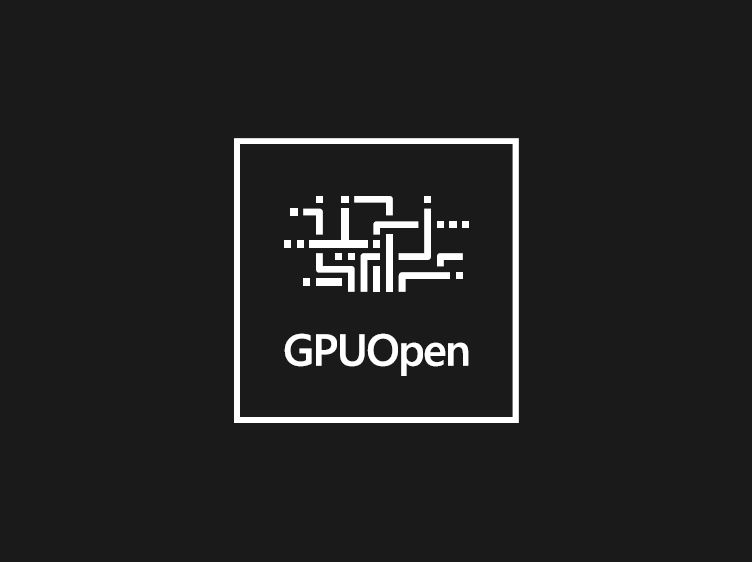 GPUOpen is a new initiative started by Advanced Micro Devices’ Radeon Technologies Group (RTG) as a way for the company to continue to reach out to the needs to developers by giving them a better development environment. The idea behind GPUOpen is born out of the work that Advanced Micro Device’s did with Mantle, their own low-level API which eventually found itself reworked into the industry standard Vulkan API. Thanks to Mantle we also have other low-level APIs that allow developers to get more access to hardware and better performance and experience. GPU Open is the next step in the evolution of AMD’s mission to improve the PC game development environment while also making it more and more open.

The GPUOpen initiative is comprised of a few major components- direct access, open source software and industry standards. The direct access portion of GPUOpen means that Advanced Micro Devices’ RTG will give developers even more access to the functions of the GPU than they have in the past, giving them even more control of the GPU and more down to the metal hardware access than before.

The open source software portion of GPUOpen includes AMD’s own movement of their development tools into open source, enabling developers to see all of the code and improve upon it as they see necessary. In addition to open sourcing their tools, AMD is also putting a renewed focus on their open source Linux drivers, increasing the amount of supported Linux distributions as well as accelerate access to new products and features. However, not all features will be open source as some of them will either remain closed source or start off as closed source and then become open source, like Open CL and Vulkan. In addition to all of the open source tools, there’s also a special set of features, known as the Boltzmann Initiative that AMD has created to allow CUDA apps to be run on AMD GPUs. Another part of the open source software is the implementation of GPUOpen Compute which is AMD RTG’s move to create an open source end-to-end compute infrastructure for usage models that exist today and into the future.

Another aspect of GPUOpen is AMD’s willingness to include others in their standard to try to help make it part of the industry standard. This move is similar to what AMD has done in the past with their technologies like Mantle and FreeSync. While I’m unaware that Intel and NVIDIA have taken up AMD on their offers to make Mantle or FreeSync industry standards, in one way or another AMD’s willingness to be open has turned some form of their technology into an industry standard. With FreeSync, we are seeing companies like Intel stating that they are looking to implement VESA’s adaptive-sync technology which is the fundamental underpinnings of what makes FreeSync possible. Additionally, as mentioned earlier, Mantle eventually became the foundation for Vulkan which is the newest low level industry standard API which already appears to have the support of many hardware vendors and developers. While it isn’t much of a stretch to assume that some portions of GPUOpen could become industry standards, it’s very unlikely we’ll see NVIDIA jumping at the opportunity to participate and mirror AMD’s GPUOpen activities.

Ultimately, what GPUOpen needs to do is make AMD’s GPUs more attractive to both developers and users. AMD believes that opening up their GPUs even more will make them more attractive to developers and hopefully improve performance in games as a side effect, making their GPUs more attractive to consumers and selling more GPUs. AMD managed to squeeze quite a bit of extra gaming performance from the jump to DX12 in Microsoft’s Windows 10 from previous versions and it may be that we could see something similar happen in Linux or in professional environments where AMD needs to regain share the most.

Posted by Patrick Moorhead in CPU GPU DSP FPGA , Followed with Comments Off on AMD’s GPUOpen Initiative Architected To Move The Industry In A Different Direction